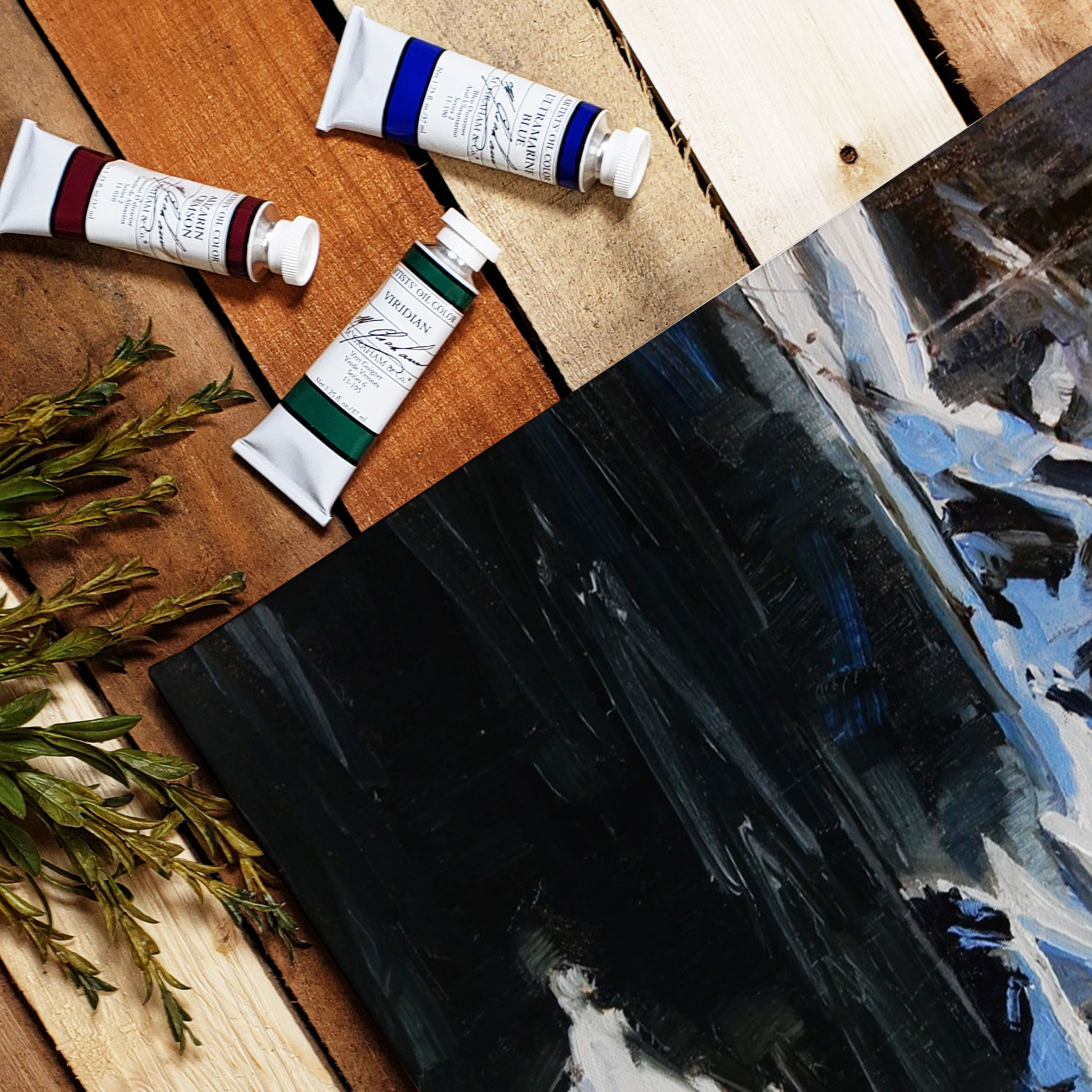 This was painted from reference photos taken on the way to a family ski trip near Lake Chelan. We had quite a winter this year. There was already a lot of snow, as we came across the Cascade Mountains through Stevens Pass. My son Maury was driving and he pulled off in many spots to take photos. We both paint and were both wishing that there was more time to set up for a plein air painting session. 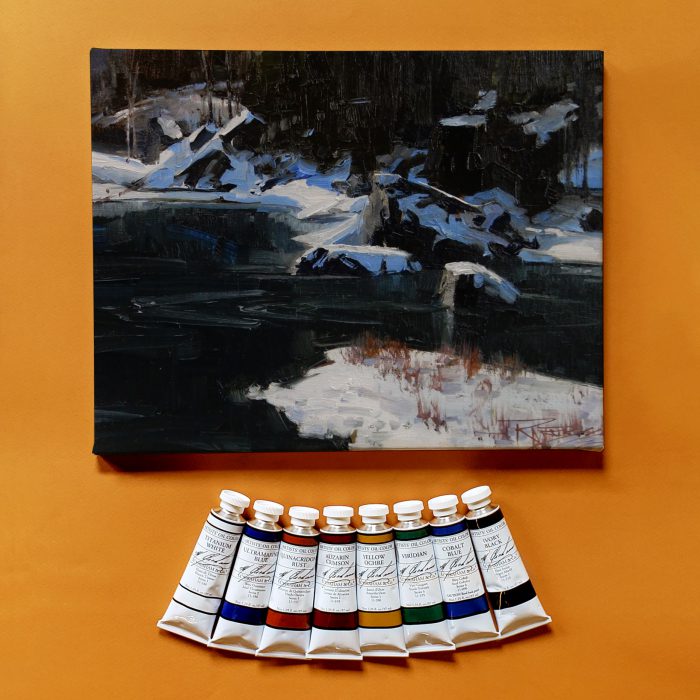 I used a limited palette for this painting, focusing mainly on separating light shapes from shadow shapes. I wanted the shapes to form visually interesting patterns so I did not spend much time trying to render any objects until the very end. As I separated the light from the darks, the objects became recognizable. Near the end of the painting, I added some “bling” in the foreground grasses and the middle-ground tree shapes. I softened some edges where the snow meets the water and crafted crisp edges along the tops of the rocks.

The M. Graham oil colors used in this painting are:

Mixed with warm tones in the sunlit parts and cooler tones in the shadows. Only small bits of this painting used this color unmixed.

Used to warm sunlit areas. It was mixed with Ivory Black and Alizerin Crimson for the final touches on the trees and grasses.

Used with the blues for shadows on the snow and for the grasses in the foreground.

Mixed with Ultramarine Blue and Cobalt Blue to create depth in the water. This pigment also makes a great rock grey when mixed with Alizerin Crimson and tinted with Titanium White.

A cool blue that is essential to making a winter scene.

My go-to drawing and underpainting color. Also great for greying mixes. For a rich chromatic black, add this color to Ultramarine Blue.

Mixed with Yellow Ocher for grayed greens and mixed with Alizerin Crimson for the grasses and undergrowth.

This painting was entered into The American Impressionist Society National Small Works Show. I’ll find out this month if it has been accepted! 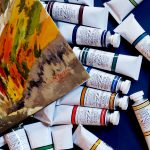 Why I Use M. Graham Watercolors By Mike Bailey